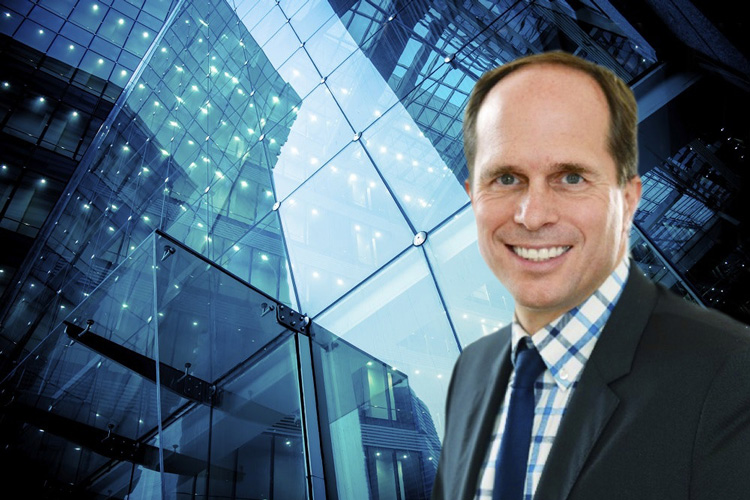 PRESS RELEASE: Carbon price must be high – but we also need a high carbon dividend to make it acceptable

No question, the higher the tax on emitting CO2 the better for the climate. High carbon prices are the tool of choice if we want to bring down CO2 emissions caused by burning gas and oil – they lower the demand for these dirty fuels and at the same time stimulate the supply of energy from renewable energy sources like sun, wind, geothermal and biomass. They also act as a strong incentive to develop green technologies.

Current prices for CO2 do not reflect full cost

How high should the CO2 price be? Most analysts argue that it should reflect the full external costs of emitting the gas, by internalizing them. Presently, the exchange traded CO2 price, i.e., the market price is in the order of €80 per ton.

Germany’s Umweltbundesamt (the Germany’s Federal Agency for the Environment) estimates that the true “all-in” costs are presently €201 per ton. This is under the assumption that this year’s emissions, while lingering in the environment for many years, are less of a problem from today’s perspective the later they occur, a result of people’s preference for the present and the likely development of CO2 removal technologies. If future damages get the same weight as today’s, the appropriate CO2 price is about €700, again according to the German Federal Agency for the Environment.

At €201 and annual CO2-equivalent emissions (CO2e) of 700 million tons, the average German would have to pay about €1,700 per year. Considering that there are already various taxes and fees on the consumption of fossil fuels, the additional annual cost would be in the order of perhaps €800 a year per person. At a CO2 price of €700 a ton, the additional annual per capita CO2 tax would be much higher: €2,800 per year.

In my view, the central question is somewhat different: What is the CO2 price that gets us on the politically agreed CO2 reduction path? Will it help to bring down emissions toward net zero quickly enough to stay below 1.5° global warming? Looking at the latest International Panel on Climate Change (IPCC) report of 2021, chapter 2, executive summary (https://www.ipcc.ch/sr15/chapter/chapter-2/ ) the remaining budget of global CO2e emissions is 420 Gigatons in order to stay below 1.5° with a 2/3 probability. If this global budget is distributed per capita, Germany’s share of it is (83.6m German population / 7900m global population) 1.06%, or 4.46 GigaTons of CO2e. At the average level of emissions of the past four years of about 785m tons of CO2e per annum, Germany will run out of its budgetneeds to be carbon neutral 5.7 years from the point in time from which the remaining budget was calculdated, which was 1.1.2018, i.e. in Q4 2023. Given emission so far through 31.12.2021, Germany needs to reach net zero by 5 September 2023 to stick to its Paris COP commitment to stay below 1.5° global warming with a 2/3 probability.

The previous governments’government’s goal of reaching net zero by 2045 is thus completely out of line with reaching the no more than 1.5° Paris goal. If Germany were to take its commitments to the Paris agreement seriously it would need to off-set any net emissions from 1.1.2024 onwards until Germany can reach net zero emissions, say in 2035, by capturing or reducing CO2 elsewhere at significant cost. A CO2e tax price at full costs of externalities cost is in line with “polluter pays” (Verursacherprinzip) of the EU’s Lisbon treaty and will lead to an “efficient” allocation of resources, let us call that the “efficient” CO2e price. On the other hand, one can ask, what is the price or tax needed to achieve the Paris goals, which one could refer to as the “effective” CO2e price or tax. In this “effective” rather than “efficient” view, the cost of externalities enters the picture via the specification of the reduction formula but does not determine the CO2 price directly.

In any case, both the efficient and the effective CO2 price will be much higher than it is today – and will therefore never find a political majority – unless accompanied with efficient compensation. Commuters and truckers are a very vocal constituency. Remember the French Gilets Verts? But don’t give up hope.

First, the CO2 price could be raised only gradually – as long as it is clear that it will be irreversible high in the future such that companies and households can make the right long-term investment decisions today – so the pain does not come all at once, while the reduction targets remain in place. This is also important for business planning. It must be clear that the Paris targets may well require a CO2 price of €700 sometime in the future, or more (a study by the University of Chicago sees the externalities of a ton of CO2e emitted today at $50,000 a ton, far more than the €700 the German Federal Agency for the Environment estimates so far. Such a strategy of communicating a firm path to full cost of externalities would do wonders for the environment and make the green transformation of the economy a predictable process.

Second, introduce a carbon dividend of € 100 per citizen per month based on the central idea that the government’s CO2 revenues will be fully (100%) redistributed to citizens on a per-capita basis, including children, people in care institutions and prisons, the homeless, millionaires and beggars, homeowners and renters, and people with and without cars. Revenues should not disappear in the state’s general budget. This makes the CO2e charge and redistribution effort a tool to correct a market failure where some people are consuming a common good free of charge to a greater degree than others and are making profits at the expense of future generations.

To continue these back-of-the-envelope calculations, at a CO2 price of €200 per ton and total emissions in 2030 down 65% from now, as planned (see second graph), to 440m tons a year, annual government income from that source would be about €90bn – which, if returned fully, translates into a monthly transfer payment of €110 per citizen (ie, the carbon dividend).

The single father with one child would receive €220, a family of four €440, a student on her bicycle €110 per month, no matter what their other sources of income. The CO2 tax is a so-called regressive tax – which is a tax that hurts the poor a lot more than the rich, relative to income. The carbon dividend would reverse this. Not only that, but it can also have a positive redistributive effect, depending on the details of the scheme. On balance, polluters would pay more than today for the burning of oil and gas, frugal households would gain. It looks like a fair and sellable deal.
How should the money be paid out? At least four channels come to mind: via the state’s tax and revenue offices, via the health insurance system, via the Bundesbank (where each resident has to open an account – which is also useful for future monetary policy purposes, such as helicopter money) or via an online mobile-based solution as is being done in Swiss Canton at the moment. Canada uses bank cheques, Sweden redistributes its Carbontax revenue via the social services.

The money should arrive at the beginning of each month, before people start spending on their higher heating, electricity, chemicals and gasoline etc. bills. The system is very easy to administer. One does not have to measure what CO2e emissions by any one citizen has, but the CO2e charge at the level of oil, gas, coal or petroleum product imports or production simply feeds through to higher prices. Everyone thus simply gets paid the same amount of money and everyone then simply choses to buy goods which will be somewhat more expensive due to the CO2e charge taken at the border upon import or at the point of production of oil, gas, coal or petrochemicals, which then feeds through to the wholesale and retail prices. All this helps to increase the acceptance of those high CO2 taxes or possibly more acceptably called “charges” or “Lenkungsabgabe” (guidance levy or steering fee) as it is referred to in Switzerland.

For German companies to stay competitive, one also needs to put in place a “border adjustment mechanism” whereby imports of goods from abroad get charges at the same rate based on their CO2e content.
Given the common EU border, it may be that the CO2e-charge and dividend should be implemented EU wide. The redistribution effects described for Germany would then also work across the EU.

Such an EU-wide Carbon-charge, Carbon-dividend and border adjustment mechanism would also be the only sensible response to the challenge of trying to become less dependent on oil, gas and coal from Russia. Current initiatives by the German government to subsidize commuters and therefore subsidize energy consumption have the effect of increasing demand for energy and thus the prices for energy and as a result also the income of Russian exporters.
A carbon-charge and dividend, however, would both reduce the demand for fossil fuels and provide the income to support people suffering from higher energy prices.

It is also preferable to an “embargo” of Russian oil and gas, as this would amount to the equivalent of an infinitely high tax level on Russian oil and gas. Such an embargo is unlikely to be complete, with Russia instead selling its carbohydrates to Asia. The effect of such an embargo, as the effect of energy subsidies, would thus be to drive up energy prices and the income of Russia even further. We thus need to turn to a more sensible solution.
The Carbon-charge and dividend could in the current situation thus be called a “Climate and peace dividend” funded by a “CO2e guidance charge”.
A final note: the carbon tax is self-eliminating. It disappears once zero emissions have been achieved. The proposal has also a European angle: why not make it an EU-project? Climate knows no borders. A high German or European CO2 tax will also require some import duties on products from polluting countries and thus force the rest of the world to adopt similar policies.
# # #

Wermuth Asset Management (WAM) is a Family Office which also acts as a BAFIN-regulated investment consultant.
The company specializes in climate impact investments across all asset classes, with a focus on EU “exponential organizations” as defined by Singularity University, i.e., companies which solve a major problem of humanity profitably and can grow exponentially. Through private equity, listed assets, infrastructure and real assets, the company invests through its own funds and third-party funds. WAM adheres to the UN Principles of Responsible Investing (UNPRI) and UN Compact and is a member of the Institutional Investor Group on Climate Change (IIGCC), the Global Impact Investing Network (GIIN) and the Divest-Invest Movement.
Jochen Wermuth founded WAM in 1999. He is a German climate impact investor who served on the steering committee of “Europeans for Divest Invest”. As of June 2017, he is also a member of the investment strategy committee for the EUR 24 billion German Sovereign Wealth Fund (KENFO).

The information contained in this document is for informational purposes only and does not constitute investment advice. The opinions and valuations contained in this document are subject to change and reflect the viewpoint of Wermuth Asset Management in the current economic environment. No liability is assumed for the accuracy and completeness of the information. Past performance is not a reliable indication of current or future developments. The financial instruments mentioned are for illustrative purposes only and should not be construed as a direct offer or investment recommendation or advice. The securities listed have been selected from the universe of securities covered by the portfolio managers to assist the reader in better understanding the issues presented and do not necessarily form part of any portfolio or constitute recommendations by the portfolio managers. There is no guarantee that forecasts will occur.