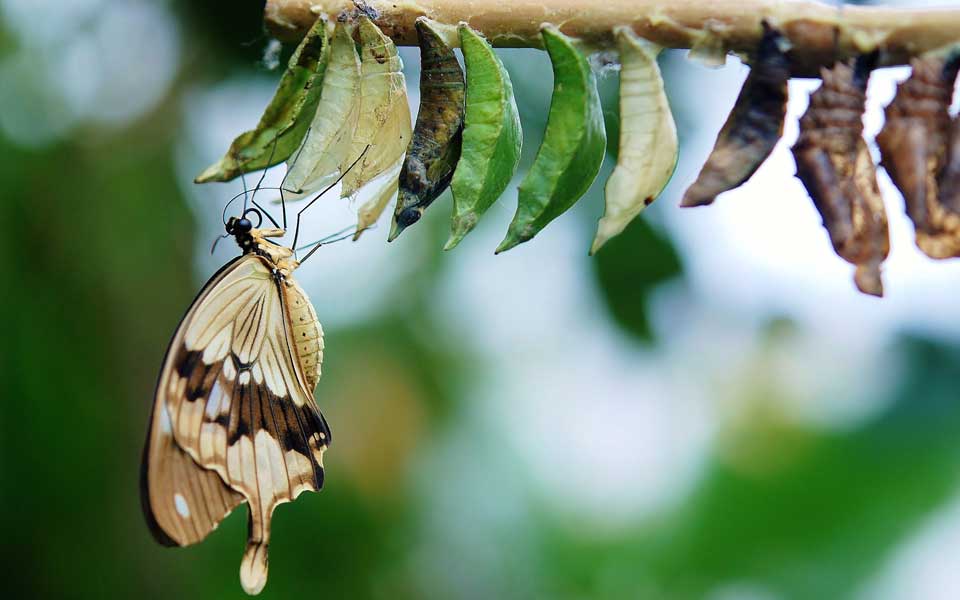 Attracting capital through performance, we intend to contribute to the move of trillions of euros into resource-efficient companies and renewable power – and thus help to slow and then stop climate change.

As the world economy is undergoing major structural changes we see outstanding investment opportunities. The internet, the rise in demand from emerging markets, competitive decentralized renewable energy and resource-efficiency have changed the rules of the game: a global “green industrial revolution” is under way with “energy, transport, food, and financial transitions” in full swing: many long-established companies and whole sectors will disappear while new champions are emerging.

We have in the past identified similar global macro trends ahead of others, like the transitions that were under way in Eastern Europe. We developed the detailed know-how to benefit from it: over the decade from its launch in March 1998 through March 2008 our first fund thus delivered a 13x gross return, which made it one of the best-performing funds of any style.

We have substantial experience working and investing in Western Europe and in emerging markets across all asset classes, as in economic and geopolitical analysis. We currently focus on investing in private companies in the “green growth” area. We see this as “the next thing”. This is because there is a strong demand from global population growth for more resource efficiency, as well as a shortage of capital. Moreover, new green growth technologies and business models often provide strategic input for our investments across all asset classes. Our founder, Jochen Wermuth, thus also serves as a member of the German government’s new sovereign wealth fund, its €24bn “Energy Transition Fund” (Atommüllentsorgungsfonds).

Since we allocate our own money alongside that of other investors we achieve an alignment of interest. For investment professionals who look to work in such a partnership we offer an institutional home. The aims are to generate significant returns, build a sustainable asset management business for the long term and thus have a lasting positive impact on the world. Our investment teams come from across Europe and regularly meet at our headquarters in Berlin.

We have always cared about the impact of our investments, but have not always focused on their environmental impact. When it became clear to us how negative an impact for example some oil companies can have on their local environment – causing cancer or malformed newborns – on top of worsening the global climate, we decided to divest from fossil fuels for moral reasons a while ago.

Since then, renewables have become competitive without subsidies. At a price of solar power of as little as Euro 2cent/kWh, oil can only compete if it were lifted and sold for less than $4/barrel (yes, “four” dollars versus a current price of above “sixty” dollar ($60/barrel)). Any fossil fuel producer which invests into exploration expecting to lift their product at cost above $4/barrel today is destroying shareholder value. An intelligent investor would thank the oil companies for their profits and ask for them to be distributed or to be invested in a competitive and profitable fashion – not in the exploration of fossil fuels which are no longer competitive (aside from being bad for the environment).

Wind and electric mobility are also competitive in many areas already. Many of the challenges which the public and many investment professionals still see for the “green industrial revolution” are not for real anymore. Market forces are driving the breakthrough of renewables and electric mobility, they are no longer dependent on subsidies.

However, just like the tobacco industry continued to promote smoking as “safe” and even “good during pregnancy”, the fossil fuel industry and combustion engine car industry are investing heavily into propaganda or “fake news” against renewable power and electric mobility. This leads to members of the public and even many investment professionals still being quite confused on this matter and surprised when they hear the facts. Therefore, an outstanding investment opportunity presents itself.

For example, recently, a senior partner of leading global private equity house asked us: “But isn’t it true that more energy is needed to make a solar panel than it ever produces?”. In fact, after four years a typical solar panel has produced as much energy as was needed to produce it, thereafter it in essence produces energy for free.

Another example is that 95% of people drive less than 50km per day 95% of the time. “Range anxiety” is thus highly irrational. It is being stirred by the fuel-guzzling car-makers. The issue has in fact long been addressed in multiple fashions:

How can such misunderstandings be so persistent? It is due to money spent: The financing of the “divest invest movement” is roughly 1/1000th compared to the financing available to climate denial initiatives and the like. The miracle is really how the message could have spread against such powerful opposition, with the commitments to divest having exploded from a few millions in 2011 to a billion by 2013, to $ 50 billion in 2014, the year before Paris Agreement (COP21) in December 2015 to over $3 trillion by COP21, and why it will probably reach the target of $20 trillion by 2020. The answer is that the facts are harder and harder to deny and the truth is powerful.

That is, investing in renewables and resource efficiency is not only morally right, but also highly profitable and supported by strong megatrends, which are not widely recognized. Exploiting this outstanding investment opportunity, delivering both high financial returns and a positive impact on the environment, is what we do.